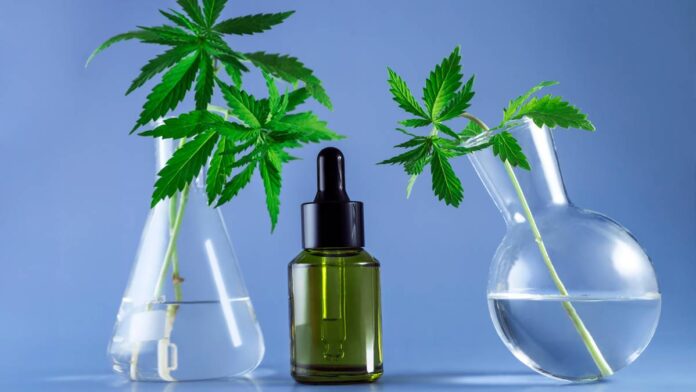 CBG: One of the so-called “minor” cannabinoids is cannabigerol (CBG), which is receiving increasing attention for its antibacterial, antimicrobial and anti-inflammatory properties. CBG oil does not yet match the general popularity of CBD oil, but this cannabinoid may soon become a staple in everyday dietary supplements as well, as it offers a wide range of interesting medicinal benefits.

What is CBG (Cannabigerol)

Cannabis is a complex plant with over 400 chemicals, the cannabis industry is largely focused on the two main cannabinoids THC and cannabidiol (CBD). But it seems that other cannabinoids are also emerging in the research spotlight.

Cannabigerol (CBG) is a non-psychoactive cannabinoid found in hemp (Cannabis) species. CBG is found in higher concentrations in Indian hemp plants than in Cannabis species with high tetrahydrocannabinol content.

“The pharmacological effects of CBG described in the scientific literature include: antifungal and anti-inflammatory effects; neuroprotective activity, appetite stimulation and enhancement of cancer cell death.”

What the science says about CBG

CBG interacts with both CB1 and CB2 receptors, potentially inhibiting the toxic effects of THC. CBG has also shown the ability to increase anandamide, commonly referred to as the “happy molecule”, an endogenous cannabinoid that helps regulate a number of body functions, including appetite, sleep, mood and the immune system.

This minor cannabinoid also acts outside the endocannabinoid system (ECS) and has been shown to be an agonist for the serotonin A1 receptor. However, according to Tristan Watkins, Ph.D., chief scientific officer of LucidMood, a Colorado-based brand of proprietary terpene and botanicals, there is insufficient evidence that CBG actually affects the human serotonin system.

“If you look and see what A1 serotonin does, it’s like a laundry list of all the possible actions,” he explained. “So you can’t narrow it down and say that’s what’s causing this particular effect because there hasn’t been enough behavioural study on CBG to get to that stage.”

More research is needed to fully understand the potential that CBG offers from a therapeutic perspective, but existing studies have already shown a number of possibilities to be optimistic about CBG’s therapeutic potential.

What is CBG (Cannabigerol)?

BGabor - július 27, 2022 0
CBG: One of the so-called "minor" cannabinoids is cannabigerol (CBG), which is receiving increasing attention for its antibacterial, antimicrobial and anti-inflammatory properties. CBG oil...